Four-time Grammy Award-winning artist, formerly half of The Civil Wars, John Paul White joins the Alabama Symphony Orchestra in a unique crossover performance reimagining the Southern Rock, Americana, and Country hits that made him famous.

In his 2019 release, The Hurting Kind, White crafted a stunning album that draws on the lush, orchestrated music made in Nashville in the early 1960s. Yet these songs retain a modern feel, whether he’s writing about overwhelming love, unraveling relationships, or fading memory of a loved one.

White grew up in tiny Loretto, Tennessee, and now lives in Florence, Alabama, not far from Muscle Shoals. He has cultivated a music career in Nashville for two decades, first as a songwriter for a major publisher, then half of The Civil Wars – a groundbreaking duo that won four Grammy Awards before disbanding in 2012.

Because The Civil Wars were so hard to categorize, White has earned a fanbase among indie rock listeners, folk audiences, Americana outlets and AAA radio. So, what will happen if people hear The Hurting Kind and call it country? “Well that doesn’t scare me in the least,” he says. “As a matter of fact, it kind of thrills me." 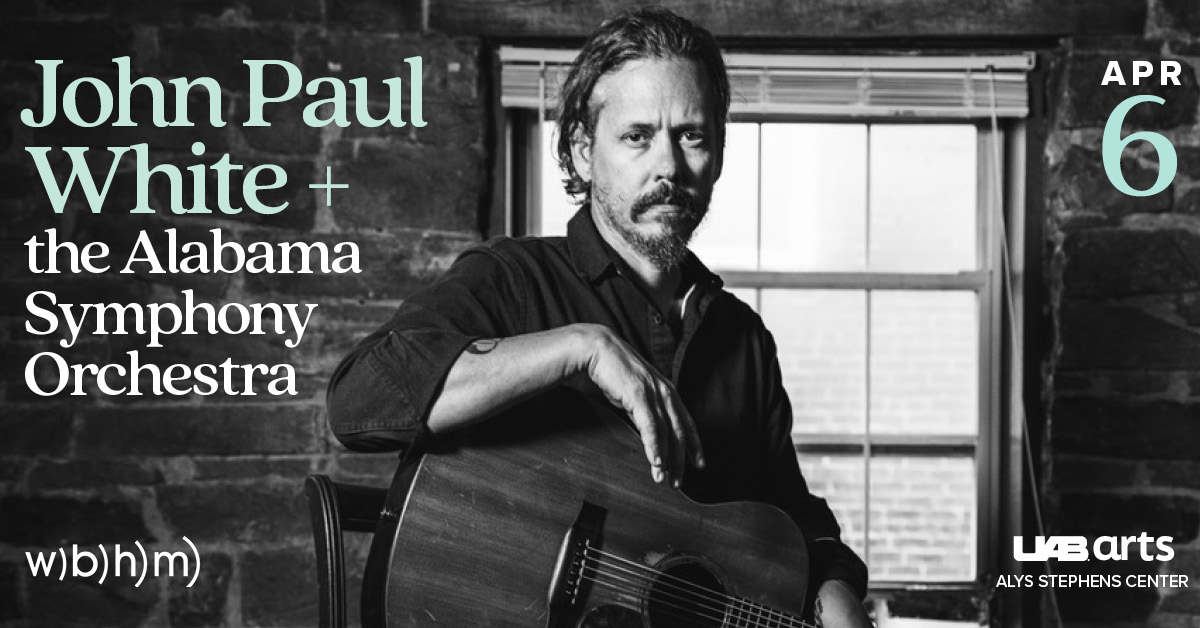 In between visits to Birmingham’s many world-class attractions, the Drury Inn & Suites wants you to kick back, relax and enjoy all of the Drury extras, comfortable rooms and award-winning service

Book a room at the Comfort Inn hotel in Homewood, AL.

Book a room at the Econo Lodge hotel in Birmingham, AL.

Nestled in the historic Five Points South entertainment district, The Woolworth is bringing you a unique way to spend the night out. Challenge your friends to a variety “braggin’ rights” recreations like foosball, tabletop shuffleboard, ping pong, bu...

Seasons 52 is a fresh grill and wine bar featuring a seasonal menu and an award-winning wine list. We believe in seasonal cooking, inspired by the fresh appeal of a farmer's market where local growers, ranchers, fishmongers and artisans present their...

We are a southern style restaurant, food truck and catering company that serves "hot chicken".

From the moment you walk through our doors, you'll know you're in a restaurant like no other. At Bonefish Grill, we focus on every little detail of your experience, anticipate your needs, and provide personalized service that allows you to enjoy a de...

Birmingham's home grown izakaya. No take-out or delivery. Dine-in only.

The original location in Tuscaloosa, a homegrown joint with a worldly following, still packs in hungry diners. Back in the 1960s and 1970s, Dreamland developed devoted fans who would travel across the nation to eat at this storied spot.

Anybody can make a pizza. But if you’re looking for a true experience to accompany what we think is our unique twist on pizza, then you’ll find a new home at Slice. We keep our menu as fresh as our ingredients, so you’ll always have new things to try...

You will fall in love with our barbecue pork, ribs and chicken.

The Virginia Samford Theatre is located in the historic Southside district of Birmingham next to Caldwell Park.

Founded in 1986 as a non-profit organization, Space One Eleven (SOE) is a visual arts center with contemporary art exhibitions and art classes for aspiring and established artists of all ages.

Located near Red Mountain Park, Birmingham Boulders is the newest member of the Bouldering Authority family. Opened in 2016, B2 is in the vanguard of modern climbing facilities, featuring the newest generation of walls from Vertical Solutions.

The Museum of Fond Memories at Reed Books

An amazing old bookstore and museum located in the heart of historic beautiful Downtown Birmingham, Alabama. The world's only Museum of Fond Memories, established in 1980.

Open air farmers market. Established 1921. Open everyday from sun up to sun down except for Christmas Day.

This art-deco museum honors great jazz artists with ties to the state of Alabama.

The Summit, which opened in October 1997, is a 1 million square foot upscale lifestyle center located at the intersection of U.S. Highway 280 and Interstate 459 in Birmingham, Alabama, United States.