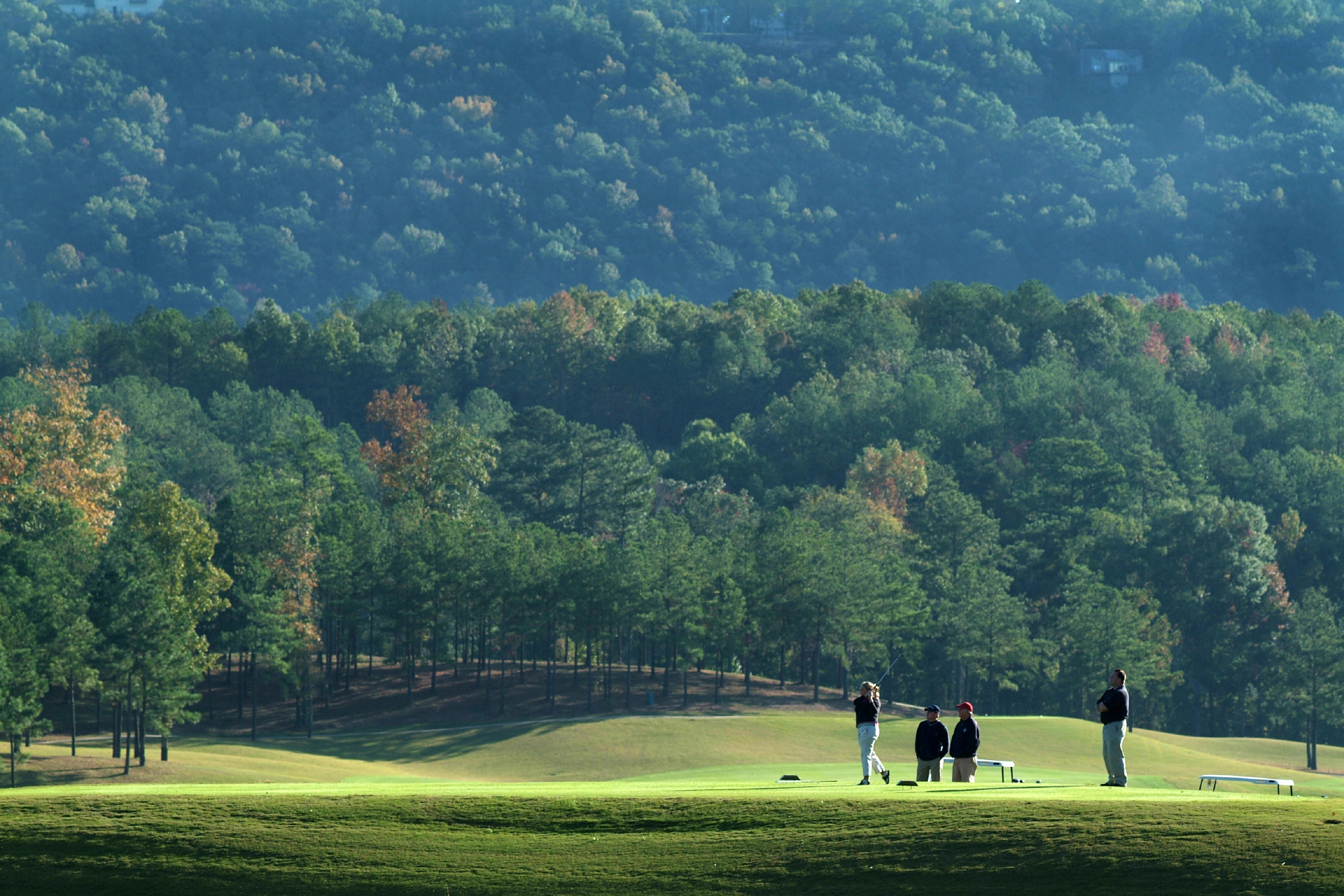 The 26 public courses on Robert Trent Jones Golf Trail feature 468 holes at 11 locations across Alabama. The Trail's long list of accolades includes recognitions for both value and quality. Since opening in 1992, more than 12 million rounds of golf have been played on the Trail.

The Trail’s artfully designed and beautifully landscaped courses, according to The New York Times, are “some of the best public golf on earth.” The Wall Street Journal said the Trail “may be the best bargain in the country.” The Atlanta Constitution called the Trail “the finest public courses in the country.” From the LPGA to the PGA TOUR to the Symetra Tour, professional golf has been played on the Trail for the past 20 years.

Hoover's Ross Bridge, the Trail's crown jewel, opened in 2006 and became home to the Regions Charity Classic. Nestled in the peaceful valley of Shades Mountain, the wide-open layout gives golfers variety and options, including the chance to play an 8,200-yard course if you're feeling feisty. It is just down the road from Birmingham's Oxmoor Valley, a 54-hole facility.

Other Trail sites with 54 holes include Capitol Hill in Prattville, Grand National in Opelika, Magnolia Grove in Mobile, and Hampton Cove in Huntsville. Several others have 36 holes, like The Shoals in Florence, Silver Lakes in Anniston, Highland Oaks in Dothan, Cambrian Ridge in Greenville and Lakewood in Point Clear.