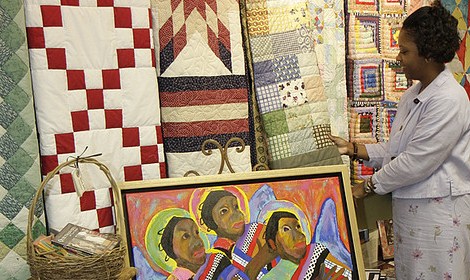 The Black Belt is named for the rich black soil that produced superior cotton during the 19th century. The collapse of the plantation economy during the Civil War left a legacy of “soul food” cooking, art fashioned from found materials, vast stretches of pristine river bottomland and the Civil Rights Movement.

The people of this remarkable remnant of the Old South invite you to explore what you've heard about: Tuskegee Institute, the Edmund Pettus Bridge at Selma, Gee's Bend and the famous quilters, quaint shops in Marion, mansions in Demopolis and Greensboro and candies made by hand at Priester's Pecans.

The different tours within the trail highlight more than 50 natural and cultural sites within 13 counties. In the Livingston-Aliceville Loop, don't miss Ezell's Fish Camp, a well-known landmark where you can enjoy the famous fried catfish and coleslaw. The Demopolis-Marion Loop features Moundville, an archaeological park preserving a massive Native American temple complex. Black Belt Treasures, a nonprofit regional arts and crafts gallery, is a highlight of the Selma-Camden Loop. And on the Tuskegee-Union Springs Loop, the Tuskegee National Forest offers many activities and points of interest.

The terrain formed by the meanderings of the Black Warrior, Tombigbee and Alabama rivers is home to numerous species of flora, birds and other wildlife. Explore the biologically diverse state parks and other natural habitats. Take your time. Spend several days here. Be transported back to an era that you thought had vanished.