Get ready to travel to the sites of several old mill towns, visit a Civil War fort that straddles the Alabama/Georgia line, explore birding sites and lakes and visit a town that honors sports hero Joe Louis, World Boxing Heavyweight Champion from 1937 to 1949.

The abandoned train tracks that once took finished goods from the four mill towns, which together now make up the town of Valley, have been reclaimed as a national recreational trail – the Chattahoochee Valley Railroad Trail.

Start your road trip by traveling Interstate 85 to the Alabama/Georgia state line. The city of Valley is adjacent to the southern edge of the interstate. Park your car near Valley City Hall at Fob James Drive and U.S. Highway 29 and walk or ride a bike on the Chattahoochee Valley Railroad Trail (CVRT). Follow the trail north through the former mill town of Langdale up to the mill town of Shawmut.

This section of the CVRT is about 1 mile long, surrounded by trees and tucked away from the nearby highways and city. While traveling the trail, you will come across a row of old, abandoned shops that were once part of the mill village.

Return to City Hall and drive across the intersection of Fob James Drive and Highway 29 and park. This next section of the rails-to-trails path is longer, running about 6 miles one way.

On this section of the CVRT, the path runs parallel to Highway 29 for about a mile and then turns into the heart of the old mill towns. Soon you will see the old Fairfax Train Depot and the nearby neighborhood restaurant Sue’s Chic Cafe (1100 Boulevard; 334-756-7944). The cafe is a great place to stop, refresh yourself and talk to the locals. Operating hours are Tuesday through Friday, 9 a.m.-4 p.m. If you want to go only a short distance, this would be a good place to turn around. Otherwise, continue several miles until the trail ends near the Chattahoochee River.

Next, travel to Fort Tyler (entrance and parking on Sixth Avenue, West Point, GA; 706-518-7702) located in the cities of Lanett and neighboring West Point in Georgia. The fort was originally built in 1863 to defend a bridge over the Chattahoochee River. It saw action when Union Gen. James Wilson’s 13,000-man force blazed through Alabama in the spring of 1865 in what is known as Wilson’s Raid. Wilson’s men destroyed many of the iron furnaces in Alabama, won the Battle of Selma and even marched up Dexter Avenue to capture Montgomery. Wilson then split his forces to cross the Chattahoochee River in two separate locations. Almost 4,000 men rode to what is now Lanett and battled the small number of Confederates at Fort Tyler.

When Wilson’s federal forces arrived, they set up camp at a high point (near the current water tower in Lanett) in an effort to fire cannonballs at the fort. Later, the Union forces moved closer for rifle fire battle. By then, it was Easter Sunday, April 16, 1865. The war had ended a week earlier, but neither side had gotten word.

Among the battle dead was Confederate Brig. Gen. Robert Tyler, who will forever be noted as the last Confederate general to die in a battle. Tyler’s regard for the homes close to the fort may have led to his death – it is said he refused to burn down a nearby cottage, as it would leave his neighbors homeless. From that home, a Union rifleman hid and was able to fire a shot into the Confederate general’s chest, killing him instantly.

One of the men fighting that day was Union soldier Robert Merrill, who sketched a drawing of the battle. That drawing is a cherished artifact of the Fort Tyler Association and shows the battle from the Alabama side of the fort. Looking at the sketch, you can see the white-columned home that still stands at 204 N. 18th St. in Lanett.

A State Line Through the Middle of a Fort

The small public parking lot for Fort Tyler is located on Sixth Avenue, one-half block north of 10th Street and just two blocks from the main street in historic downtown West Point. You will be in a neighborhood that borders both Alabama and Georgia. This is the high point that provided a clear line of sight to the city and from which the fort’s cannons defended the town and bridge below. Today, trees hide the view.

As you walk the path to enter Fort Tyler, you will see the middle cannon, one of three at the fort. If you stand on the path in front of this cannon, Alabama is to your left and Georgia is on your right. Walk around the fort and look closely to see a surveyor’s mark on the ground. It is about the size of a quarter and marks the Alabama-Georgia border.

The original small earthwork-constructed fort was leveled in the 1890s when a water reservoir was placed on the location. The 12-foot-deep, 10-foot-wide, water-filled moat that once surrounded it was reconstructed for safety purposes and is now dry, shallow and narrow.

From Fort Tyler, drive the few blocks to West Point and then north to West Point Lake(500 Resource Management Rd.; 706-645-2937). The lake, another wonderful entity located in both Alabama and Georgia, is a great draw for bird-watchers, fishermen and other outdoor enthusiasts.

After overnighting in the area, rise early the next morning and travel a few miles farther north on County Road 212/Stateline Road until it dead ends into County Road 22. Turn right and travel 1 mile. Look for a trailhead with a small gravel parking area. This is Alligator Creek Nature Trail, a beautifully shaded trail approximately 1.5 miles long one way (it will take you about an hour to walk). Near the end point, on the Beaver Creek Interpretive Trail section, are wooden walkways that pass over marshland. Here the sounds of numerous birds are mixed with sightings of butterflies and rabbits.

Lafayette: Home of a Famous Courthouse and a World Boxing Champ

From Alligator Creek Nature Trail, head west to Lafayette, the seat of government for Chambers County. The town was named after General Marquis de Lafayette, but most local people pronounce it as “Luh-FAY-et.” You may also notice the official Alabama state map shows a lowercase “f” in the spelling of Lafayette while both the city’s website and the local weekly newspaper, The LaFayette Sun, all list the town as “LaFayette,” with a capital “F.”

At a time when most sports were still segregated in America, Louis became one of the first African-Americans to achieve national hero status in athletics. He had a career record of 68 wins and three losses, with 54 wins by knockout. Louis still holds the record for successfully defending his title more times than any other heavyweight boxer. His 27 championship bouts are also a record.

Before departing the courthouse, be sure to step inside for a self-guided tour. Built in 1899, the courthouse serves as a repository for county history. Across the street from the courthouse is Newman’s Farm Supply (1 LaFayette St.; 334-864-7006), an interesting rural store. You are now away from the Alabama-Georgia border so be sure to reset your watch to the Central Time Zone. 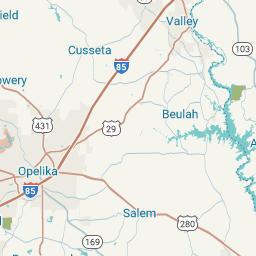 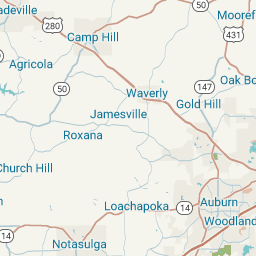 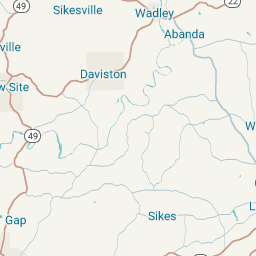 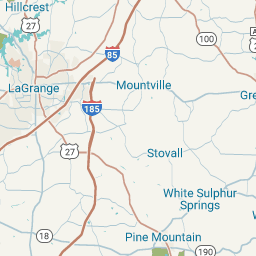 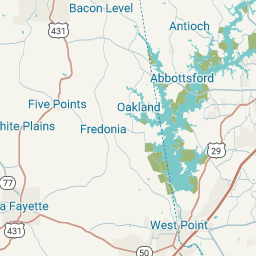 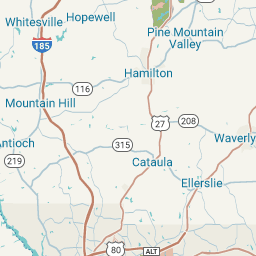 After the Civil War, when most of the South was in shambles, textile mills began to spring up in Alabama. In the years that followed, thousands worked in mills, including in facilities built along the Chattahoochee River. The Langdale and Riverview mills were built in 1866, the year after the end of the war. They were joined by Shawmut and Fairfax mills in the early 1900s. Today, the mills are closed, and the mill towns were erased from the Alabama state map when Shawmut, Fairfax, Langdale and Riverview merged to form a single city, Valley. Interstate 85 brings industry and jobs to the area, but for many the history and nature of the area is the attraction.

A must-stop in LaFayette is the Chambers County Courthouse (2 LaFayette St.; 334-864-4341), which – along with other areas of town – was featured in the 1988 Hollywood movie Mississippi Burning. Located on the grounds of the courthouse is a statue honoring boxing great Joe Louis. Born Joseph Louis Barrow in 1914 and about 10 miles from LaFayette, Louis is considered one of the greatest heavyweight boxing champions of all time. 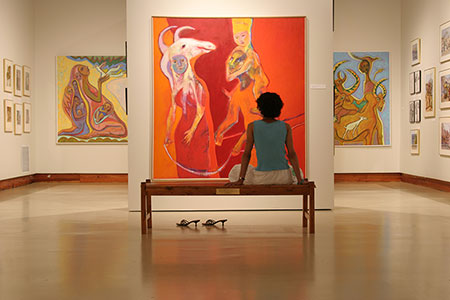 Dothan is an ideal place for a fun and affordable family vacation. Symbols of a bygone era await your visit at a 135-acre park on the outskirts of town.