This road trip takes you on a journey through history. Visit Moundville Archaeological Park, one of the most important archaeological sites in the United States, and see artifacts dating back a millennium, then return to Tuscaloosa to eat, shop and see the sights. Journey to hunt prehistoric shark teeth left 70 million years ago before visiting a museum in nearby Aliceville dedicated to one of the largest World War II German prison camps in America.

Moundville: A Journey of Exploration

Start your trip in Moundville, located a few miles south of Tuscaloosa. Here you will find the 26 flat-topped earthen mounds that gave the town its name. For almost 500 years, from around A.D.1000 to 1450, the Native Americans who predate the Creek and Choctaw lived, worshiped and created a large civilization in what would one day be called America.

Moundville is thought to have been the capital of a population of at least 10,000 men, women and children who were spread among smaller farming settlements along a stretch of the Black Warrior River and its tributaries. People continued to return to Moundville to bury the dead long after the site was mostly abandoned, leading to the theory that Moundville evolved into a location so sacred that the ancient natives considered it a portal to the “Path of Souls,” the journey to the afterlife.

The minute you enter the Lost Realm of the Black Warrior inside the museum at the Moundville Archaeological Park (634 Mound State Parkway; 205-371-8732), you will begin to understand how important Moundville was to the people who inhabited the land 1,000 years ago. Inside the museum, located near the halfway point on a drive that passes many of the mounds in the park, you can see stunning displays that reveal and interpret artifacts found during digs at Moundville. Realistic, life-size figures and state-of-the-art technology bring this lost and ancient Native American civilization to life.

Moundville is known for the symbol of an eye in the palm of a hand that appears on many of the artifacts. An example of that symbol is found on the 12-inch sandstone disk displayed in the museum, commonly called the Rattlesnake Disk because of etchings of two rattlesnake-like creatures that surround a hand-eye symbol. As you walk through the museum, notice other artifacts that include the hand-eye motif. While no one knows the exact meaning of this important Moundville image, some believe it relates to Moundville’s significance as a place of transfer to the hereafter.

This interpretation is featured in the museum's short multimedia show Portal to the Starry Path, that uses special lighting techniques to make objects seem to morph and disappear as a Native American actor explains Moundville’s importance as a portal to the Path of Souls. The presentation is enjoyable and helps explain the site and artifacts at Moundville.

Before you leave the museum, walk into the gift shop. Items for sale include river cane baskets and shell gorgets, reproductions of highly prized Native American pendants that were made from carved, polished seashells. You can also purchase Native American teas, coffees, chocolates, jellies and bread mixes in the gift shop, as well as crafts from Native Americans from other areas of the United States.

Once you leave the museum, be sure to explore the park. You can climb the largest of the more than two dozen mounds that dot the landscape and recall how life was lived a thousand years ago. Nearby you can see many of the mounds where the different clan chiefs had their homes, each with their own smaller ceremonial mound nearby. While you are at Moundville, explore the area that extends to the Black Warrior River where you can enjoy a scenic view. Nature trails, including a boardwalk trail, are also on the grounds.

The largest event at Moundville is the annual Native American Festival (205-371-8732). Held Wednesday through Saturday during the first full week of October, the festival includes performers, artists and craftspeople who entertain and educate visitors. This culture and heritage event is extremely popular, attracting more than 12,000 people each year.

Moundville is an active archaeological site with digs under way on many weekdays during the spring and summer. Archaeologists are more than happy to show their excavations to the visiting public and answer questions. Walk to a site and spend a few moments watching the dig and talking to the people who are continuing a long tradition of discovery at Moundville.

Moundville is a half-day visit. Return to Tuscaloosa for dining, shopping and a visit to the Alabama Museum of Natural History (427 Sixth Ave. NE; 205-348-7550), located in Smith Hall on the corner of Sixth Avenue and Capstone Drive on the University of Alabama campus.

The first thing you will notice at this museum is the building itself. Meant to reflect the grandiose natural history museums built in Chicago, New York, and Washington, the Grand Gallery and mezzanine areas of the museum are smaller but beautiful.

A reconstruction of a complete skeleton of the large sea creature Basilosaurus cetoide hangs from the main hall. Most of what scientists know about this unusual prehistoric whale with hands, feet and double-rooted teeth is based on fossils found in Alabama.

While at the museum, you will also see fossils spanning some 300 million years from the Coal Age, Dinosaur Age and Ice Age. Be sure to look for the Hodges Meteorite, also known as the Sylacauga Meteorite, which is on display and is said by the museum to be the only authenticated instance of a meteorite striking a human. This extremely rare incident occurred in Alabama in 1954.

In the morning, head to Shark Tooth Creek Outdoor Adventures (24114 State Route 14; 205-373-2605) near Aliceville. You are about to hunt for souvenirs that were left 70 million years ago during the Earth’s Cenozoic Period.

Much of Alabama was beneath an ocean full of sea creatures at this time. The area around Aliceville was a barrier island and over time thousands of ancient shark teeth were deposited on shore.

Gather at 9 a.m. near the entrance of Shark Tooth Creek Adventures. Here you will board the Shark Tooth Creek Express, an open-air trailer that can hold up to 50 adventure-seekers. The ride takes about 15 minutes. Once you are at the creek your hunt will begin. The shark teeth have been held in rock settlements for millions of years, but water from heavy rains dislodge the teeth, allowing them to be easily found near or on the surface of the creek.

It is hard to imagine how many teeth are in the creek. While people have been coming to this location and finding shark teeth for 50 years, there seem to be plenty more to be found. In an hour or two you may have more than 15 teeth, the limit each person is allowed to take home with them as souvenirs.

Hunting for the teeth is a fun exercise. Be sure to bring water shoes and something to drink. Your hunt will end around lunchtime.

After your time at Shark Tooth Creek, travel the short distance to the city of Aliceville for lunch. Want the nearest thing to home cooking, outside your home? Stop by Pam’s Diner (39266 AL Hwy 69 S., 205-371-4300), a traditional mom-and-pop-style eatery that offers a friendly atmosphere and classic comfort food, such as meatloaf, hamburger steaks, fried chicken and pork chops with all the fixins.

During its time, Camp Aliceville was one of the largest POW camps in the United States. The camp has long since disappeared, but the Aliceville Museum’s collection of camp artifacts is the largest of its kind in the country. You can see artwork and handmade objects made by the POWs, and view uniforms, sculptures and other artifacts from the camp’s period of 1943-1945 on display at the museum.

The building housing the Aliceville Museum was once a Coca-Cola bottling plant. At the museum you can also see a bottling line, complete with machines that washed and filled the glass bottles. Other exhibits in the museum include cheerleading outfits from the local school that date back to the 1940s and American uniforms and memorabilia from past wars.

The folks at Shark Tooth Creek Adventures require that you call ahead to schedule a shark tooth hunting excursion, available March through October. They guarantee that you will find shark teeth during your trip. Telephone ahead to other chosen destinations as well to make sure they will be open during the time of your visit.

More in the Area 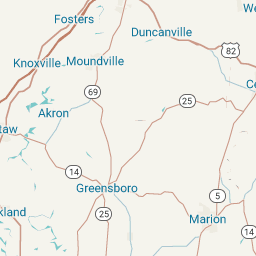 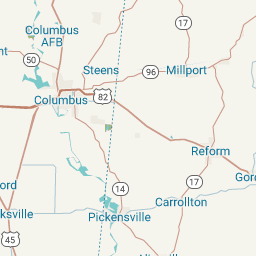 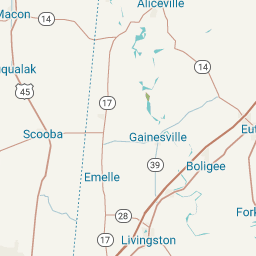 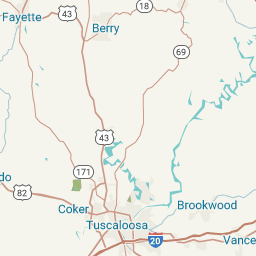 Moundville is located in southern Tuscaloosa and northern Hale counties while Aliceville is due west in Perry County. This area of Alabama is rural, with Tuscaloosa as the nearest city of size. Besides an abundance of timber, farming and hunting lands, the area is blessed with a network of waterways, including the Sipsey and Black Warrior rivers that flow into the larger Tombigbee River.

One of the most important items on display is a beautiful bowl sculpted from a single massive piece of stone. The rim of this elegant artifact is adorned with the neck and head of a mythical bird creature, perhaps based upon a crested wood duck. When the Moundville Duck Bowl was found in 1905, some called it the most significant prehistoric artifact ever found in the United States. Many say it still is. When Harper’s Magazine published "The Treasures of Prehistoric Moundville" in January 1906, they devoted 10 pages to discoveries at Moundville, beginning the article with the Moundville Duck Bowl. This spectacular Moundville artifact is on loan from the Smithsonian Institution.