Located on the banks of the Tennessee River in North Alabama, Decatur is called “The River City” and is known for its great outdoor recreation. A few minutes off I-65 is Point Mallard Park (2901 Point Mallard Dr., 256-341-4900). This 500-acre family park lets you stay in tune with nature 365 days a year. The park borders the Wheeler National Wildlife Refuge (2700 Refuge Headquarters Rd.; 256-353-7243) and is home to an 18-hole golf course, a 25-acre wooded campground, an indoor ice skating rink, a tennis center, an athletic complex, soccer fields and one of the state’s most popular water-themed attractions.

When you enter the main gate of the Point Mallard Aquatic Center, a turn to the left will take you to the wave pool and its 180 feet of wave action.

A sloping entrance allows you to walk directly into the shallow end of the pool. This is the perfect place for small children to play and waders to enjoy the cool water on their toes. Those who want to really ride the waves can head for the deeper end. Swimming with the waves is great fun, but a float or inner tube lets you ride the waves without tiring out. The waves run on a cycle so you can easily get in and out of the pool.

After some wave pool fun, head to Sandy Beach located right along Flint Creek – a major tributary to the Tennessee River. There are plenty of complimentary beach lounge chairs, so bring your sunscreen and relax by the water. The Squirt Factory & Duck Pond area is nearby and offers plenty of playground slides and swings to keep the younger ones happy.

Next on your summer fun tour is the Towering Sky Pond, which takes you on an inner tube plunge off a 40-foot tower into an Olympic-sized pool. You can ride the inner tube by yourself or with a friend. There are also championship diving boards and plenty of room for swimming. A short walk through a wooded picnic area will lead you to the Lazy River where you can enjoy a relaxing inner tube ride through a winding water-filled quarter mile long track. Right next to the Lazy River is the Speed Slide, which features three flumes of waterslide fun on top of a small hill.

Of course, the Aquatic Center is only part of the fun at Point Mallard. There are plenty of other activities to keep the family entertained for a weekend or a week. The Strike Zone features softball and baseball pitching machines that are available for hourly rental. Next to the batting cages is the golf driving range, which features target greens and putting areas with rental clubs available.

Right next to the Spirit of America fields are campgrounds offering 217 campsites on 25 wooded acres complete with an enclosed meeting facility, kids’ playground, and grills. A small trail running through the campground connects the three-mile hiking/biking trails that run alongside the Tennessee River and the side of the golf course. The Point Mallard Golf Course is an 18-hole championship course that lies on 200 acres of wooded flatlands surrounding Point Mallard Park. The course is open year-round with green fees as low as $15 for a weekday.

After swimming, playing tennis, golfing, enjoying batting cage practices or any of the other assorted Point Mallard activities, you may be ready to cool off for a bit. The perfect place to do that is at the indoor ice skating rink. Point Mallard Ice Complex offers a regulation-size, indoor ice rink that is also open year-round.

History buffs in the family can return to the grit and glory days of the Civil War and relive the struggle between advancing Confederates and garrisoned Unions during the September Skirmish. Held every Labor Day weekend, the Civil War reenactment event marks the beginning of the Battle for Decatur, which was a small part of the 1864 Franklin-Nashville Campaign. The event includes open Confederate and Union war camps, troop drills and weapon demonstrations, dinner and a dance in period dress, as well as arts, crafts and live battles.

Over the course of the weekend, Union troops will win the day during one battle reenactment while the Confederates will capture the contested ground during the next day’s skirmish. Spectators are encouraged to visit with soldiers, see demonstrations and purchase Civil War-related items. The historical reenactment is held in honor of Gen. Joe Wheeler and Confederate Gen. John Hunt Morgan, who both resided in North Alabama at some point during their military careers.

Enjoy a picnic at Delano Park where you can experience the magnificence of a cathedral of more than 400 legacy trees or be dazzled by a gorgeous WPA Rose Garden and the magical Riverwild Garden of native plants and contemporary sculpture.

A short drive from Point Mallard is Cook’s Natural Science Museum (412 13th St., SE; 256-350-9347). Guaranteed to capture your children’s imagination for hours, it features more than 2,000 interactive, talking, live and touching exhibits housed in a modern 5,000-square-foot facility. The museum originated from the private insect collection of John R. Cook Sr., President and Chairman of the Board of Cook’s Pest Control, Inc. It features an extensive collection of exotic and colorful insects, mounted birds and animals, rocks and minerals, sea shells and coral, including the rare exhibits of both the bald eagle and the golden eagle. Wildlife common to the area is featured in the displays with more than 50 species of insects, animals, and marine life from the region. The museum is open daily: Monday-Saturday, 9 a.m.-5 p.m. and Sunday, 2-5 p.m.

Following an exciting morning at the science museum, you and the family can enjoy a picnic at Delano Park (825 Gordon Dr., SE; 256-341-4930), where you can experience the magnificence of a cathedral of more than 400 legacy trees or be dazzled by a gorgeous WPA Rose Garden and the magical Riverwild Garden of native plants and contemporary sculpture. The park, named after President Franklin Delano Roosevelt, was dedicated in the 1930s by Roosevelt himself and later named in his honor.

Kids can explore the park and climb on the back of “Mr. Turtle,” stand under the arch of the “Riverwild Heron Gateway,” or stare in amazement at a 15-foot-high dragonfly. The middle portion of the park contains a children’s playground, a Splash Pad, and a ditch with a concrete bridge donated to the park. The Splash Pad features numerous jets and sprayers that issue water from both the walls and floor of the pad. The floor is a large-scale map of the State of Alabama featuring the main rivers and largest cities in the state.

After the picnic with the kids, Mom and Dad will enjoy exploring the neighborhood surrounding Delano Park. Decatur’s Albany Historic District is home to a wonderful collection of late 19th- and early 20th-century homes, ranging from Queen Anne Victorians to Craftsman Bungalows. The Albany neighborhood is included on the National Register of Historic Places. The district offers a beautiful tour of neighborhood gardens in the spring, and you can see it decorated in its holiday finery during the Christmas tour of homes each December.

No trip to Decatur would be complete without a visit to Big Bob Gibson’s Bar-B-Q (1715 6th Ave., SE; 256-350-6969). The classic restaurant dates from 1925, when railroad worker Big Bob (6’ 3”, 275 pounds) Gibson developed a special vinegar-based sauce and began cooking out of a backyard pit. Gibson opened his restaurant on 6th Avenue and soon attracted a loyal following. Third-generation owner Don McLemore and his son-in-law Chris Lilly now operate the restaurant. As the executive chef and head of the Big Bob Gibson Competition Cooking Team, Lilly is also the corporate spokesperson for Kingsford charcoal and author of Big Bob Gibson’s BBQ Book. Under Lilly's leadership, the competition team has won multiple state championship cook-offs, more than 10 world championships and has taken the Best Sauce title at the American Royal International Barbecue Sauce Contest. In 2011, Lilly’s team was crowned World Champion at the annual Memphis in May competition.

After experiencing the flavor of historic Decatur and enjoying a night of lodging and dining, rouse the family early the next morning for a fun-filled and educational treasure hunt. The search for buried treasures with the Geocaching Passport available from the Decatur/Morgan County Convention and Visitors Bureau will lead you to some of the city’s other favorite attractions including the Civil War Trail, the historic Princess Theatre for the Performing Arts, and the Carnegie Visual Arts Center.

To participate, download a copy of the Decatur Geocaching Passport or pick one up at the Decatur-Morgan County Convention and Visitors Bureau (719 6th Ave., SE; 800-232-5449). Once you have found all of the caches and received a stamp for each location, you can take your completed passport to the Visitors Bureau to receive a prize. 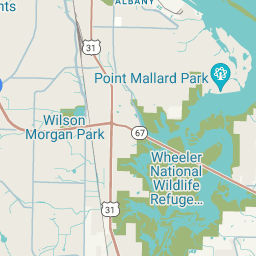 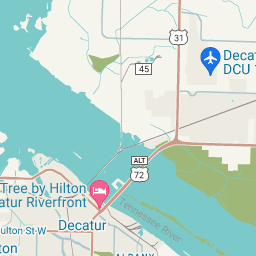 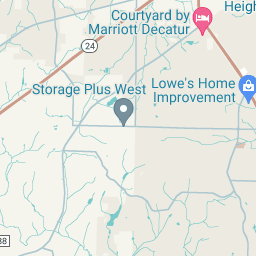 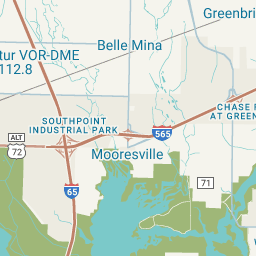 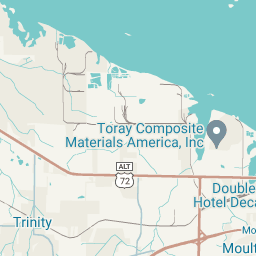 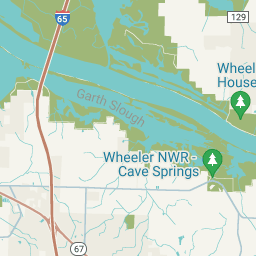 Nestled in the Tennessee River Valley, Decatur was originally a river crossing for settlers west of the Appalachian Mountains. It was incorporated in 1826. Settlers were drawn to the community by its fertile river valley soil and relatively easy access to other cities. Decatur has several Civil War sites and is well known for its historic homes, commercial buildings and parks.

Whether you choose to visit Decatur and Point Mallard Park in the spring, summer, fall or winter, you’ll discover a myriad of other exciting activities to keep the family entertained.

The Alabama Jubilee Hot-Air Balloon Classic is a free family event held annually at Point Mallard on Memorial Day weekend. The Jubilee hosts more than 60 local and national hot-air balloons and features a balloon glow at night, an antique car and tractor show, an assortment of arts and crafts, live stage acts and food. Balloons launch early in the morning and late in the afternoon. 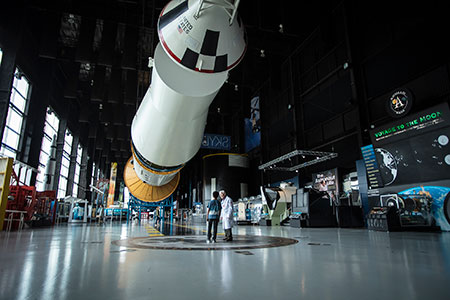 Huntsville: To the Moon and Back By Dinner

The U.S. Space & Rocket Center in Huntsville is the largest and most comprehensive space flight museum in the world.