Athens is a small city in North Alabama with a charming downtown square full of history. Those who enjoy the Southern tradition of “exaggerated remembrances” will feel right at home at the Athens Storytelling Festival. The Delmore Days festival and the Tennessee Valley Old Time Fiddlers Convention have become annual pilgrimages for music lovers. Foodies make their own pilgrimages to the area to enjoy the nationally award-winning goat cheese produced at the nearby Belle Chèvre creamery.

Where To Begin: Athens State University

Athens State began as the Athens Female Academy and later became an institution of the Methodist Church before going coeducational. The state of Alabama took control of the college in 1974, changing its name to Athens State College and then Athens State University.

It is the only two-year upper level university in the state. It serves as a complement to the state’s junior colleges by offering only junior and senior level classes. Athens State offers more than 30 undergraduate majors through three colleges: Business, Arts and Sciences, and Education. It has an enrollment of about 3,500 students. Calhoun Community College, one of the state’s largest, is in the southern part of the county.

The main building on campus, Founders Hall, was built in 1842. Local legend says the building was saved from burning by Union troops during the Civil War when college President Jane Hamilton Childs produced a letter from President Abraham Lincoln asking that it be spared. Listed on the National Register of Historic Places, it also houses the majestic Altar of the New Testament woodcarvings. The nearly life-size carvings took 12 years to complete and depict Christ and New Testament figures and verses carved in tulip poplar. Tours are available by appointment. This is one of the buildings featured on the annual October Haunts Walks.

The Tennessee Valley Old Time Fiddlers Convention is noted for its role in reviving the tradition of competition in old-time music. More than 15,000 people, representing more than 30 states, attend the convention each year. In addition to the music fans, the convention brings together some 200 contestants who compete for top prizes. The two days of competition feature 18 categories, including fiddle and guitar, harmonica, mandolin, bluegrass banjo, dulcimer, old-time singing, banjo and buck dancing. The competitions all lead to a “fiddle-off” between the top two fiddlers with the champion taking home a trophy and a cash prize. There are also more than 150 booths packed with vendors, artists and craftsmen. The Tennessee Valley Old Time Fiddlers Convention is known as the "Granddaddy of Midsouth Fiddlers Conventions."

Historic downtown Athens is just 1.5 miles from exit 351 on Interstate 65. The 1916 Limestone County Courthouse, crowned by a dome in the French Second Empire style, dominates the business district. The courthouse square offers an eclectic mix of shops featuring a wide variety of antiques, gifts, gourmet foods, clothing and hardware. The courthouse square is also home to the annual Athens Storytelling Festival.

The Storytelling Festival brings together a host of nationally known artists who entertain audiences while spinning tales for both children and adults. This event is held the last weekend of October.

One block off the square on Houston Street is the Houston Memorial Library and Museum (101 N. Houston St.; 256-233-8770), which was the home of George S. Houston, U.S. senator and governor of Alabama (1874-1878). The facility serves as one of the cornerstones of the historic Athens community and is both a public library and a period museum. The home, said to have “spirits,” is another featured stop on the October Haunts Walks.

The U.G. White Mercantile Store (101 N. Jefferson St.; 256-232-4540) has been an anchor of the Athens downtown square for nearly a century. The business was started by Ulysses Grant White in 1917. White moved to the area from Tennessee and decided to open the store after being injured in a farming accident. He sold everything from horse-drawn plows and tractors to radios, heating stoves and cast-iron skillets. The store passed through four generations of White’s descendants to the Aycocks, Derrick Young and Johnny Furline. Today, visitors walk along the hardwood floors and roam the historic store looking at the vintage signs and shopping an eclectic blend of old and new offerings.

Located inside the U.G. White building is LuVici’s restaurant, specializing in Southern cooking. It offers a quiet respite from hours of touring and shopping plus a great meal. Displaying the slogan “Put some South in your mouth,” the restaurant features blackened sea bass, shrimp bisque and a different entrée each week.

Located about 10 miles west of Athens in the Ripley Community is The Drop Farm (11185 Snake Road; 256-777-0964). There you will find The Drop Inn, a bed and breakfast. The Drop Farm also offers horseback riding lessons and trail rides.

Take the Self-Guided Driving Tour Along the Civil War Trail

The self-guided driving tour of the Athens-Limestone County Civil War Trail travels through sites of the battles of Athens and Sulphur Creek Trestle. The Decatur and Nashville railroads in Limestone County played a vital role in the Civil War, and the Athens to Decatur portion of this route still operates today. In southern Limestone County, visitors will see the Memphis & Charleston, which was the longest railroad line in the Confederacy. This strategic railroad transported soldiers and supplies from the western Confederacy to the eastern Confederacy.

Visitors can follow the trail starting at the Athens Depot, which now serves as the Limestone County Archives (102 W. Washington St.; 256-233-6404). Company F, 9th Alabama Infantry, consisted of 163 men who left from the Athens Depot on June 6, 1861, to fight with Joseph E. Johnston and the Army of the Shenandoah.

Housed in the L&N Depot, built in 1928, is the Alabama Veterans Museum (100 Pryor St.; 256-771-7578). The museum is especially interesting in that it honors the accomplishments and sacrifices of local servicemen and women and their families, not just the glory of their commanders. The museum is open Monday through Saturday from 9 a.m.-3 p.m.

Worth the Visit: Belle Chèvre Creamery

The Belle Chèvre creamery (18849 Upper Fort Hampton Road; 256-732-3577), located in nearby Elkmont, has been featured on the "Today" show and in Southern Living, Cooking Light and Country Living magazines. Belle Chèvre has been handcrafting fine French-style goat's milk cheeses since 1989 and has earned more than 50 national awards from the American Cheese Society and other institutions. The company is now operated by Tasia Malakasis, who returned to Alabama to learn the art of cheese-making after trying Belle Chèvre's delicious product. Shop around the cheese shop and tasting room or discover more at a special event celebrating these artisan cheeses. 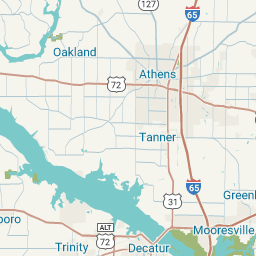 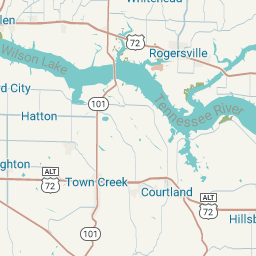 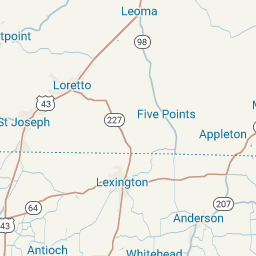 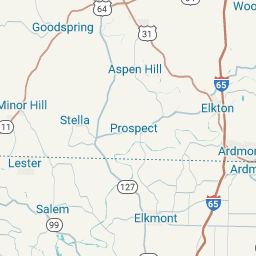 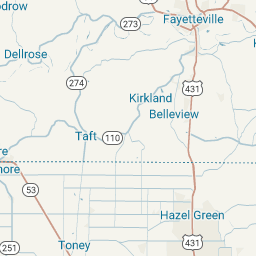 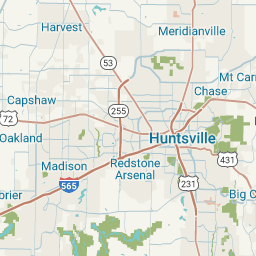 Athens is one of the state’s oldest cities. It was incorporated in 1818, one year before Alabama became a state, and serves as the county seat of Limestone County. The town of 22,000 was first called Athenson and then shortened to Athens after the ancient city in Greece. The Athens area was the home of William Wyatt Bibb, the first governor of Alabama, and of its second governor, Thomas Bibb, who succeeded his brother in office after William died from a fall from his horse.

The Tennessee Valley Old Time Fiddlers Convention takes place each year on the campus of Athens State on the first Friday and Saturday in October. Though officially founded in 1966, its roots date back much further. The Athens area was largely populated by migrant farmers from the southern Appalachian Mountains region. These migrant farmers were descended from immigrants from the British Isles who had a strong heritage and culture of folk fiddle music. 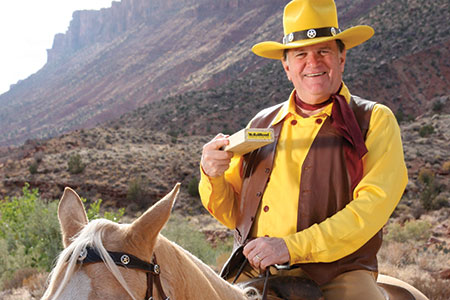 Explore the small town made famous by Jimmy Rane, the Yella Fella.